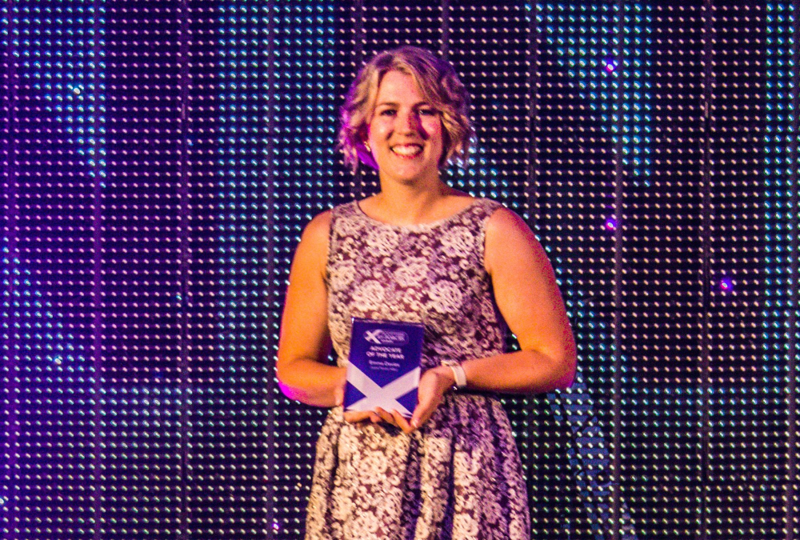 Emma Davies, founder of Joint Force Alba, won the prestigious Advocate of the Year award in the 2020 Scottish Ex-Forces in Business Awards.

Emma is a British Army Veteran having served for 13 years, retiring in 2015. She now runs Joint Force Alba, a specialist ex-military recruitment consultancy, dedicated to supporting Veteran employment in Scotland. Emma has been advocating for Veteran employment for many years. She has engaged with numerous organisations, including the Scottish Government the Scottish Veterans Commissioner, Edinburgh and Aberdeen City Councils and West Lothian Council. Additionally, she has presented to local CIPD branches and Chambers of Commerce. Her message to key decision and policy makers is that organisations should recruit ex-Forces due to their unique experience and high skill levels. She has also explained how organisations can do this. She has promoted the use of Career Transition Partnership and Reserve Forces and Cadet Association as well as the Armed Forces Covenant amongst the Scottish business community.

In addition, Emma works collaboratively with other ex-military support organisations. This includes the Officers Association Scotland, X-Forces Enterprise and Lothians Veterans Centre to support the employment prospects of ex-Forces.

Emma said “I am absolutely over the moon, shocked yes but delighted to have been recognised in this way. In many respects, advocating for the Armed Forces has been easy with the public displays of excellence that the Armed Forces have shown. In particular the British public has seen the British military’s support in the UK over the past 18 or so months during the pandemic. Recent events in Afghanistan also demonstrate just how agile the military can be, to adapt to very testing situations, whilst acting with compassion and empathy.”

The black-tie event was held in Glasgow on 19th August. It celebrated the exceptional achievements of British military Veterans in Scotland. Presented by Catriona Shearer, there were 13 awards presented on the evening ranging from engineering excellence, leadership excellence to successful entrepreneurship. The awards ceremony had been delayed since 2020 due to the pandemic. Consequently, it was one of the first business black tie events in Scotland since the start of the pandemic.