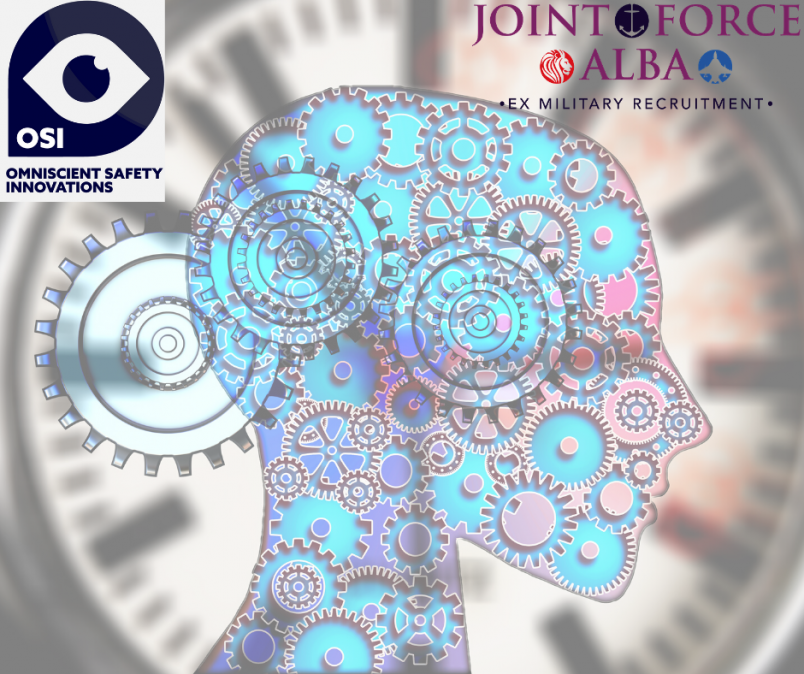 SSAFA recently reported that stigma surrounding the mental health of Veterans is another obstacle that veterans and service leavers face when looking for a new job. Disappointingly, it reported that nearly half of recruiters worried about employing ex-Forces in case they suffered from mental health issues. However, the fact is, Veterans and service leavers are less likely to suffer mental ill health than someone who hasn’t. Two Veteran-owned businesses, Joint Force Alba, the only Scottish ex-military recruitment consultancy, and Omniscient Safety Innovations OSi, an award winning Health, Safety and wellbeing consultancy, have partnered up to bust some myths. We will arm you with the facts to help you feel more comfortable about recruiting and working with the exceptional talent from the Forces.

So where has the myth arisen from in the first place? Quite rightly, there has been a huge effort to highlight how a minority of Veterans do suffer mental ill-health due to service. The effort made was to try and force a change to better support those individuals. After all, their needs may be different to those suffering mental ill-health without a service background. Unfortunately, the unintended consequence is that people think all Veterans and service leavers suffer with mental ill health which isn’t the case at all.

In fact, most British military personnel do not experience mental health problems, either in service or once they have left. Proportionately, UK Veterans are less likely to suffer mental health issues than the wider population. One in five Veterans compared to one in four in the general population suffer with mental ill-health.

The perception that UK armed forces personnel suffer higher PTSD rates than the general population is also misleading. The King’s Centre for Military Health Research (KCMHR) found that PTSD rates were low among British forces. The prevalence rate was 4% in deployed personnel and 6% in combat troops.  By presenting the facts in a negative manner, we increase the stigma and the chance that those suffering mental health issues won’t seek assistance. But mental health issues are treatable.

What can Veterans bring to your business?

Firstly, they can bring a variety of unique skills, experience and behaviours that would make them an asset to employers. Joint Force Alba clients have found that their ex-Forces employees are committed, diligent, pragmatic and resilient. They know that their Ex-Forces staff are focused on delivery. Ex-Forces solve problems using creative thinking and innovation and work in a way that looks at what can be done. They value the excellent team leadership and people management skills. Moreover, their ex-Forces employees bring a diversity of thought to the strategy table.

So before dismissing someone with a Forces background, take a chance and invite them to chat; you may be pleasantly surprised at what you find.